I’ve been fascinated with infrared photography since my days of shooting film. This fascination (obsession is more like it cough cough) started very early in my photographic life. Film IR was a challenge to shoot in many ways. It was difficult to find IR film, it was not simple to shoot as it was sensitive to light leaks and the various IR films behaved differently. It wasn’t easy to find a lab you could trust to have it developed unless you did it yourself. If you succeeded in finding a lab, the cost of developing a roll of IR film was much higher than a regular roll of film due to the special handling required. In today’s world of digital photography, IR has become much easier to shoot and so, it is becoming more mainstream.

IR has different light qualities. Black or dark fabric appears light grey or white. Leaves appear white or whitish. Sunglasses become translucent. Skin appears very smooth. Infrared cuts haze and because of how clearly it distinguishes organic material from inorganic, it is used in scientific, medical, and forensic applications. When converting an IR image to black and white, it transforms into a very detailed and crisp image.

If you have an old digital camera collecting dust, it is a good candidate for IR. Just about any digital camera can be converted. Some people buy kits and convert their cameras themselves (not my cup of tea). Just be aware, some lenses suffer from hotspots with IR. This is due to the fact lenses are designed to shoot visible light. Not all lenses suffer from hotspots, so check out the online databases to see if your lens is a culprit or not. Sometimes changing the aperture will mitigate the hotspot. Also, focus occurs at a different point with IR. Focusing using the viewfinder will often cause an out of focus image, so use live view when focusing. If you don’t have a camera with live view, select a lens in your kit that doesn’t suffer from hotspots and send it in with the body at the time of conversion and they will calibrate it to shoot with that lens.

Are you ready to step into the “Infrared Zone”? 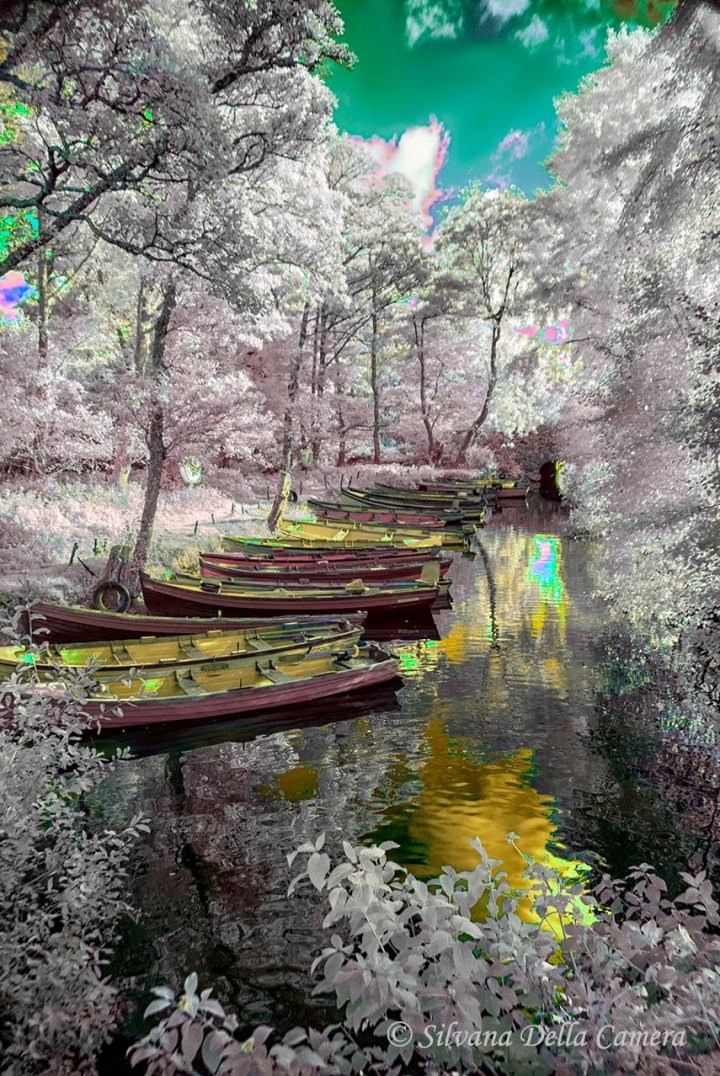 A Doctor's Reflections on Psychology and Spirituality • Give Light, and the Darkness will Disappear of Itself

STORIES THAT YOU CAN LOOK FORWARD TO

adventures of a new camera

writes a short story every week

A place of fantasy, writing, and sparklies.

Everything journaling: written and artistic

Astronomy, space and space travel for the non scientist

Looking for birds at home on our farm, and anywhere I travel

Exploring the World with a Camera

The Sound Of Summer

If It's Music It Matters